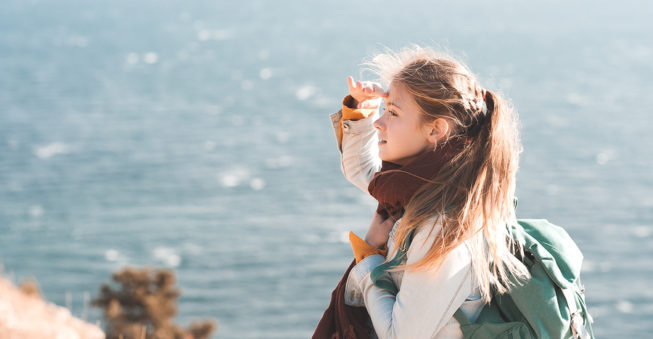 You’ll have to make the final call yourself, but here are a few resources that lend some perspective on small business and startup funding trends that relate to the economic landscape.

tracks Venture Capitalist (VC) backed tech startups and compares this week to the same week last year. Not launching a tech startup? This information is still valuable because it can help you get a sense of trends in investor behavior.

For instance, at the time of writing, Bloomberg’s “Deals” tracker (which monitors the number of times startups raised money from investors) is up slightly from this time last year, though the dollar amount of funds raised is down about 20 percent. Most interesting is that first financings—or the number of startups that raised money for the first time from investors—is up about 25 percent, which bodes well for fledgling businesses seeking funding.

The bottom line: The climate looks pretty good for people thinking of starting tech businesses that will vie for VC funding, but a trend toward lower dollar deals suggests that founders might do well to consider a variety of funding sources.

from early this year echoes the trends in the Bloomberg Barometer, and notes that VC deals in 2016 “required founders to give up more equity in exchange for less money than they did last year.”

To be fair, the Bloomberg Barometer and the article on going for loans rather than VC focuses on startups poised for intense growth—what about the majority of small businesses?

that in small business borrowing dropped to a six-month low in April. USA Today issued a similar report looking for reasons—they say some small businesses are worried about political uncertainty, but experts say the trend might have to do with “a flurry of Federal Reserve interest rate hikes” that can increase costs for borrowers.

It’s interesting then that small businesses report that they’re feeling confident, and are actually hiring and spending more, according to thethat surveyed 2,790 small businesses early this year. 55 percent of their respondents said that their revenue has increased in the past year, and 64 percent say there’s never been a better time to own a small business.

Thismirrors the Allstate study’s finding. They say that this spring, “small business owners’ confidence in the economy has rebounded significantly from just six months ago and is at one of the highest levels recorded in the last five years.”about what David Burch, Small Business Banking Division Executive with Bank of America, had to say to Bplans about the report.

The bottom line: Keeping an eye on small business trends can help you make informed choices around timing for launching and seeking funding. Small business owners believe there are reasons to be optimistic, but this is no time to bury your head in the sand.

Ultimately, making a solid business plan with financial modeling, and doing due diligence on your idea throughandwill only help when you’re ready to launch.