My first company, , grew from a startup in my living room with $54 of my own seed money into a multi-million-dollar business with customers around the world. I was proud of the fact that we never used any outside investment money to grow the company. When my wife and I sold the business for $45 million over 14 years later, I told my tribe who were staying on with the new owners to call if they needed anything.

Do you know how many times my phone rang? Not even once. Week after week, month after month, I’d watch as they kept doing incredible work. Even today, many of my former employees maintain the friendships they built at Digital-Tutors on their own time.

Your role as a founder isn’t to be the glue that holds your company together forever. As leaders, we want to hire great team members to do great work. Building a great culture isn’t just about creating a fun place to work. It’s about empowering the great people you hire to take your company’s profitability to new levels it could never hope to achieve with you as the bottleneck.

From teacher to entrepreneur

Receiving a tenured teaching position was something I’d worked hard to achieve. It was a career goal. When it finally happened, it seemed like a punch in the gut. Instead of celebrating, all I could think was: Is this what the rest of my life will be like? No one can predict the future, but I knew I wanted it to change.

A month later, we (my wife and I) took the plunge to work on Digital-Tutors full-time.

For a while, everything went well. Being in control of my own destiny was great. I loved working with my wife and two best friends who took the plunge with me in those early days. As the months turned to years, business picked up enough to bring on more people.

I used to believe my primary role as a business owner and startup founder was to offer a great service to our customers. Then one of my most trusted employees, Dana, painted a new picture for me in a heart-to-heart conversation that transformed my life. As the conversation unfolded, I began to see the reality in my company wasn’t the one I had seen.

As Digital-Tutors grew, so did the weight on my shoulders as the owner. Things didn’t change overnight, but with that burden, I’d started to unwittingly shift my focus. Our core values and mission took a back seat to my own set of rules centered around profits. This mismatch in expectations led to a disconnect between the core values I’d established for my company and the rules I was asking the team to follow.

Profits were up so I thought everything was going great, but in reality, my company’s culture was crumbling around me.

Looking back at that moment, the path to success was a simple formula. 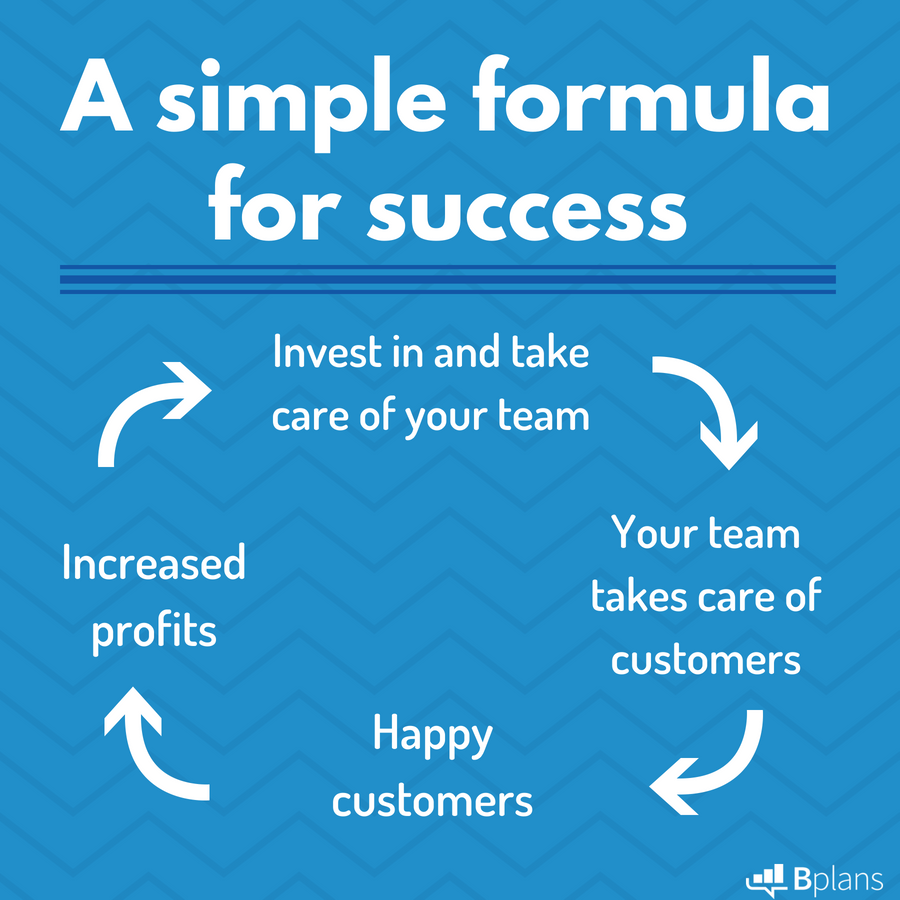 Following this simple formula, our productivity soared, and turnover dwindled as our culture became the envy of anyone who encountered it.

A true story: One day, a friend of mine showed up to the auto parts store he owned, still stewing on an argument he’d had with one of his kids right before dropping them off at school. Upon arriving at the store, he went straight to his office, closed the door, and stayed in there until he could cool off. He was obviously mad.

An hour or so later when he emerged from his office, the rumors had already started to fly. What was wrong? Were there about to be layoffs? His out-of-character behavior had completely thrown people off.

Even after trying to reassure everyone there was nothing wrong, the damage had been done. The day’s productivity was shot. As far as the bottom line is concerned, the argument with his kid resulted in thousands of dollars of lost production.

Imagine telling your COO, “You know, I’ve been feeling kind of depressed lately. I don’t know what’s going on.” They might try to cheer you up while making a mental note to go update their resume right away.

Building a company culture that matters is about more than building a great work environment for your employees. Businesses need to make a profit, but as a leader, you need to love coming to work each day. As a leader, though, people from all directions will be watching your every move. Your employees, your customers and anyone else you have a business relationship with will hang on your every word.

The good news is you’re not the first founder and CEO to also be human. Take advantage of local business networks or third-party coaches. Find other business owners, leaders, or friends you can talk to frankly without worrying about how the message is being received or interpreted.

is easy. Building a successful business is another story. Whether you’re at the helm of a tech startup starting a restaurant, as the leader, it all starts with you.

The responsibility and opportunity for creating a culture of positivity and growth is yours.